Hero MotoSports’ Joaquim Rodrigues finished at P4 with Franco Caimi at P5 and Sebastian Buhler at P8 posting a strong conclusion for the Indian team. 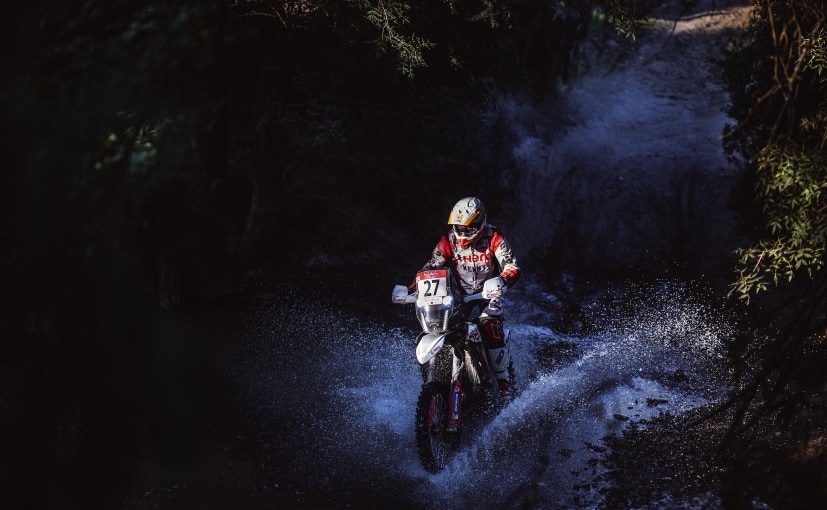 The fourth and final stage of the 2021 Andalucia Rally concluded earlier today and the Hero MotoSports Team Rally – the only Indian team to compete this year – completed the rally with three places in the top ten rankings. The team’s top rider Joaquim Rodrigues finished at P4, followed by Franco Caimi taking P5 and Sebastian Buhler securing P8 in the overall standings. This was the team’s first outing since the 2021 Dakar Rally in January and Caimi’s maiden rally after being signed on by the team earlier this month. Meanwhile, Joan Barreda of Monster Energy Honda Team conquered the 2021 Andalucia Rally. The final day did come as a disappointment to Joaquim Rodrigues, who had a fantastic run through the first three stages bagging podiums in each. However, a couple of crashes in Stage 4 meant the rider could not replicate his fantastic performance. Nevertheless, JRod managed to end the day in seventh place with a time of 02hr12m45s, which dropped his overall rank to P4.

Improving on his performance from the previous stages was Sebastian Buhler, who finished the stage in fourth place with a time of 02hr11m00s, barely 55s off from his teammate. Buhler had a consistent run throughout the five-day rally, and also turned out to be Hero’s fastest rider on the final day. And finally, Franco Caimi made great strides in the final stage and finished fifth, posting a time of 02hr11m55s. The final day saw riders traverse through the 185 km special section across some challenging terrain. Finishing on the podium was Joan Barreda followed by Lorenzo Santolino of Sherco Factory Rally Team and Pablo Quintanilla of Monster Energy Honda Team, making it a dual celebration for Honda Racing Corporation.

In Rift With Biden, a Dramatic Show of Force by a Conservative Catholic Movement

Scorching Hot in Phoenix: What it’s Like to Work in 115 Degrees